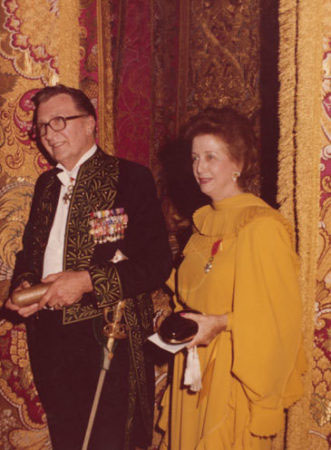 Gerald Van der Kemp in the uniform of Member of The Académie des Beaux-Arts, Institut de France has pinned the Legion of Honor on his wife, Florence, in the restored Sun King's Chamber. 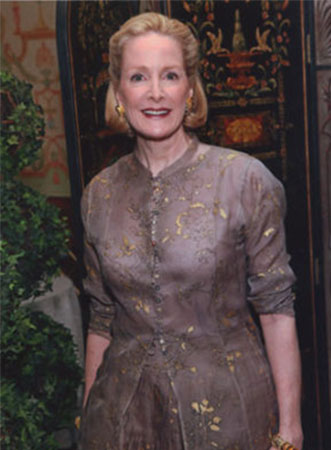 Florence Bennett Harris, an American heiress from Washington, with her own superb collection of furniture, paintings, porcelain, silver and jewels moved into the Château's Left Wing (Colbert's apartments: Louis XIV Chief Minister). She put her own funds "sur la table" and only then did the drive for funds through entertaining at "home" truly did begin. 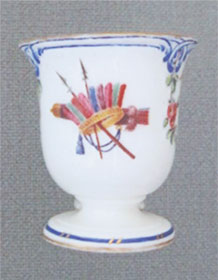 America and Americans have always been an integral part of the history of Versailles since the XVIIIth Century.

Restoration under the aegis of the Van der Kemps was tremendous. What do stand out in all their splendor are King Louis XIV's majestic crimson silk, gold and silver thread bedroom and Marie Antoinette's exquisite bedroom of woven silk lilacs, peacock feathers, pansies and pistachio green ribbons. 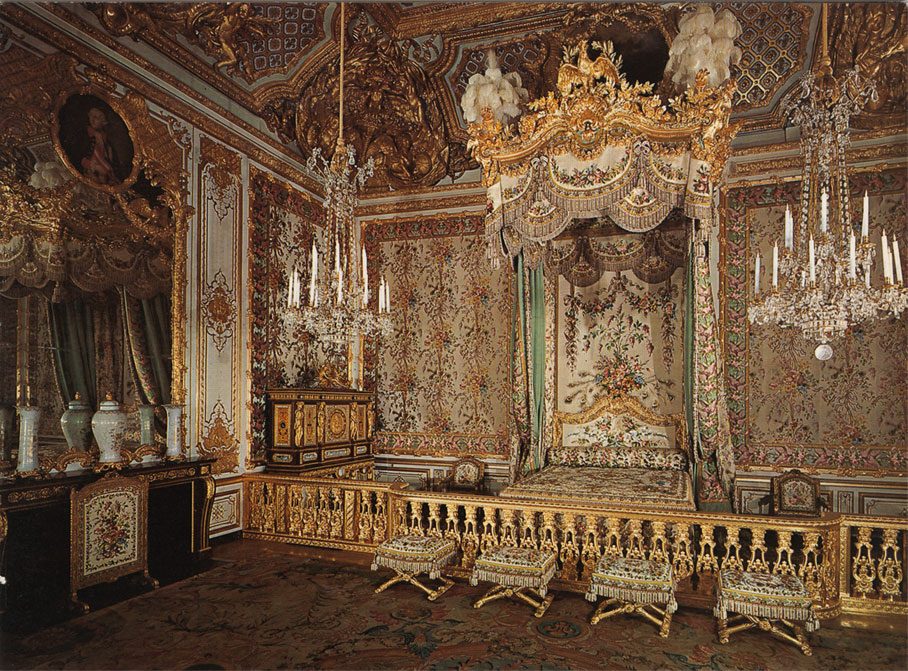 back to top
back to menu